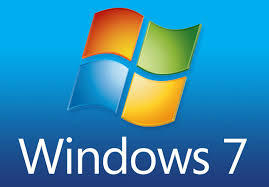 Latest figures reveal Microsoft is still struggling to shift people off Windows 7. Will it be the XP End of Life drama all over again?

The number of people still using Windows 7 could lead to a problem when it eventually goes out of support, with even the well-received Windows 10 failing to convince a majority of users to upgrade.

Hospitals, and the police in particular have been slow to give up Windows XP, despite it being out of support and hence vulnerable to new forms of attack.

The latest Netmarketshare figures from Net Applications reveal the picture two years on from the launch of Microsoft Windows 10.

here are the latest month on month figures:

The only event of note – it has been quiet, as relatively few devices are released over the summer – is that there are now the same percentage of people using Windows 8.1 as there are Windows XP – 6.07.

So how is Windows 10 is actually doing? At launch, Microsoft stated it was aiming for 2 billion machines in its first two years. The fact it hasn’t achieved that even allowing for IoT and XBox devices, as well as a host of other new form factors, is obvious, but it was a big goal in the first place.

When the first figures came out, a few days after launch, Windows 10 was already sitting at 0.39 percent, thanks to the early adopters program. A year later, it sat at 22.99, as the free upgrade offer finished.

Microsoft would have had egg on their faces, had they extended the offer, but nevertheless, progress since has been slow. Today’s 27.99 means that just a five percent shift has moved to Windows 10 since the end of the freebie.

When you consider all the devices that Windows 10 is on besides desktops, that’s a pretty unhealthy figure. The last public figure that Terry Myerson gave was 500,000 devices. That’s just not good enough, and whatever Microsoft’s notoriously oily marketing people tell you, it remains a long way from where the company would hope to be.

Microsoft has actually increased its market share overall – It was 90.37 percent for August, up from 88.74 two years ago. But it’s actually down a tiny fragment on this time last year, where it was at 90.39.

So Microsoft’s increase market share seems to be down to the continuing success of an eight-year old operating system that has been superseded twice. In other words, come 2020, we’re going to have the XP debacle all over again.

And it’s not just Windows. Mac OS has actually fragmented in the past two years. The number of people of Mac OS has dropped from 7.66 to 5.85. Linux on the other hand continues to bloom in its own tiny way, going from 1.68 to 3.37.

There’s no question that the last two years have seen a tremendous change in the market – not least of all, the variety of form factors and new players such as Chrome OS, which isn’t included here for logistical reasons.

But the key problem remains, if Microsoft can’t shift people off Windows 7, without annoying them in the process, then we’re setting ourselves up for another End of Life timebomb.

How to reinstall TCP/IP in Windows XP