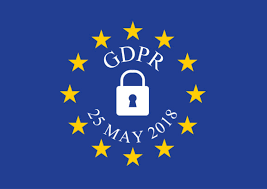 As the EU’s General Data Protection Regulation (GDPR) edges closer, we’re looking back on the five most significant stories during the lead up to its implementation. Read about GDPR’s impact on data security and find out how to get prepared with five steps to compliance.

What aspect of GDPR will have the biggest impact on you or your business? Let us know in the comments below!

On April 14, 2016, the EU received its final legislative approval for GDPR, making the changes official as of May 25, 2018. Many myths surround the legislation, stirring confusion among those affected. One major myth is that GDPR compliance is focused on a fixed point in time, similar to the Y2K bug. However, GDPR will be an ongoing journey that requires a complete change to many company procedures. The regulation will begin in May 2018, so businesses may not be pleased to discover they are currently in the “grace period,” and there will not be another one after the implementation date.

We discovered in 2017 that many corporations are far too negligent when it comes to securely storing sensitive consumer data. It seemed like hardly a week passed without another major data breach making headlines. The year saw Equifax fall victim to the largest data breach in corporate history, Uber conceal a breach affecting 57 million users for over a year, and more than a million patients’ records stolen from the NHS’s database, to name just a few high profile cases. GDPR will not stop data breaches entirely, but the introduction of fines as high as €20 million, or 4% of annual turnover, for noncompliance should force companies to take their data responsibilities more serious.

Britain’s decision to exit the European Union has added confusion concerning GDPR compliance for companies within the UK. In September, however, the UK updated their data protection legislation, which brings GDPR wholesale into UK law. This confirms that the UK also recognises the importance of data protection and suggests UK companies will need to be at least as careful as their EU peers. Also, any company dealing with EU citizen data (even those located outside of the EU), will be expected to comply with these standards.

Google and the Right to be Forgotten

Google received 2.4 million takedown requests under the EU’s updated ‘right to be forgotten’ laws, which have been in place for search engines since 2014. GDPR will now expand on this right to certain data subjects- giving people more control over deletion of their data once it’s no longer necessary for a company to have. Data subject rights have been enhanced, so companies that process personal data will be expected to have procedures in place to act on requests in the proscribed timeframes.

Facebook have been in the news a lot over data rights, most recently for allegedly allowing Cambridge Analytica to harvest the data of more than 50 million Facebook users. Previously, the ICO had gotten WhatsApp to sign an undertaking in which it committed publicly to not share personal data with its parent company Facebook until the two services could do it in a GDPR-compliant way. GDPR is clearly bearing down on big companies that have been negligent with customer data previously.

How to get prepared

Are you prepared for GDPR? A company can take the following steps to help become GDPR-ready: