Why are Healthcare organizations across the country using Cisco Umbrella?
Healthcare IT professionals need to overcome a mounting list of security challenges: unmanaged consumer endpoints, ever-changing regulatory landscape, uptick in smart medical devices and an increased use of Wi-Fi networks in hospitals and healthcare facilities. Cloud-delivered security provides faster deployment with an open, automated way to reduce risk, simplify management and control costs.

Healthcare industry expenditures on cloud computing will experience a compound annual growth rate of more than 20% by 2020. The industry has quickly transitioned from being hesitant about the cloud to embracing the technology for its overwhelming benefits.

George Washington University, a world-renowned research university, turned to Cisco Umbrella to protect its most important asset: the global reputation as a research leader.

“We chose Cisco Umbrella because it offered a really high level of protection for our various different user bases, with a really low level of interaction required to implement the solution, so we could start blocking attacks and begin saving IR analyst time immediately,” said Mike Glyer, Director, Enterprise Security & Architecture.

Customers love Umbrella because it is a cloud-delivered platform that protects users both on and off the network. It stops threats over all ports and protocols for the most comprehensive coverage. Plus, Umbrella’s powerful, effective security does not require the typical operational complexity. By performing everything in the cloud, there is no hardware to install, and no software to manually update. The service is a scalable solution for large healthcare organizations with multiple locations, like The University of Kansas Hospital, ranked among the nation’s best hospitals every year since 2007 by U.S. News & World Report.

“Like every hospital, we prioritize the protection of sensitive patient data against malware and other threats. We have to safeguard all network connected medical devices, as a compromise could literally result in a life-or-death situation,” says hospital Infrastructure Security Manager Henry Duong. “Unlike non-academic hospitals, however, our entwinement with medical school and research facility networks means we must also protect a lot sensitive research data and intellectual Property.”

Like many healthcare providers, The University of Kansas Hospital would spend a lot time combing through gigabytes of logs trying to trace infections, point of origin and identify which machines were calling out.  The team turned to Cisco Umbrella for help.

“First we just pointed our external DNS requests to Cisco Umbrella’s global network, which netted enough information to prompt an instant ‘Wow, we have to have this!’ response,” Duong says. “When our Umbrella trial began, we saw an immediate return, which I was able to document using Umbrella reporting and share with executive stakeholders. Those numbers, which ultimately led to executive buy-in, spoke volumes about the instant effect Umbrella had on our network.”

“We suddenly went from struggling to track attacks to being able to correlate users with events and trace every click of their online travels. Then, Cisco Umbrella Investigate gave us the power to understand each threat’s entire story from start to finish,” Duong says. “We’re able to dig deep into the analysis to see what users are doing, where they’re going, and pinpoint any contributing behaviors so we can mitigate most efficiently.”

University of Kansas estimate that with Cisco Umbrella – they have :

This article was provided by our Service Partner : Cisco 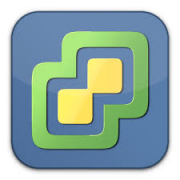 Why hybrid cloud is the new normal for enterprises 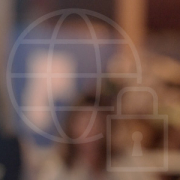 Should You Be Offering Security Awareness Training? 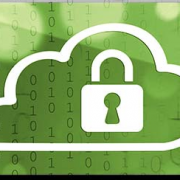